Thousands of security experts and tech enthusiasts are gathered in Las Vegas this weekend for back-to-back hacking conventions Black Hat and DefCon at the Rio. 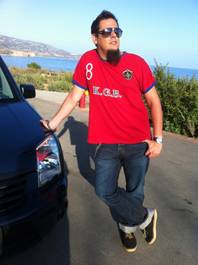 Thousands of security experts and tech enthusiasts are gathered in Las Vegas this weekend for back-to-back hacking conventions Black Hat and DefCon at the Rio, where industry experts like Ralph Echemendia — known as “The Ethical Hacker” — will be part of the continuing dialogue about hacking.

With more than 24 years of hacking expertise, Echemendia has written and delivered training on hacking and other information-security topics to the U.S. Marines Corps, NASA, Google, AMEX, Boeing and Microsoft. He also is a leader in digital security for the entertainment world, having handled large breaches and hacking cases such as “Twilight: Breaking Dawn.”

In the following Q+A, Echemendia discusses the art of ethical hacking, its role in the gaming industry and why the Feds aren’t invited to this year’s DefCon.